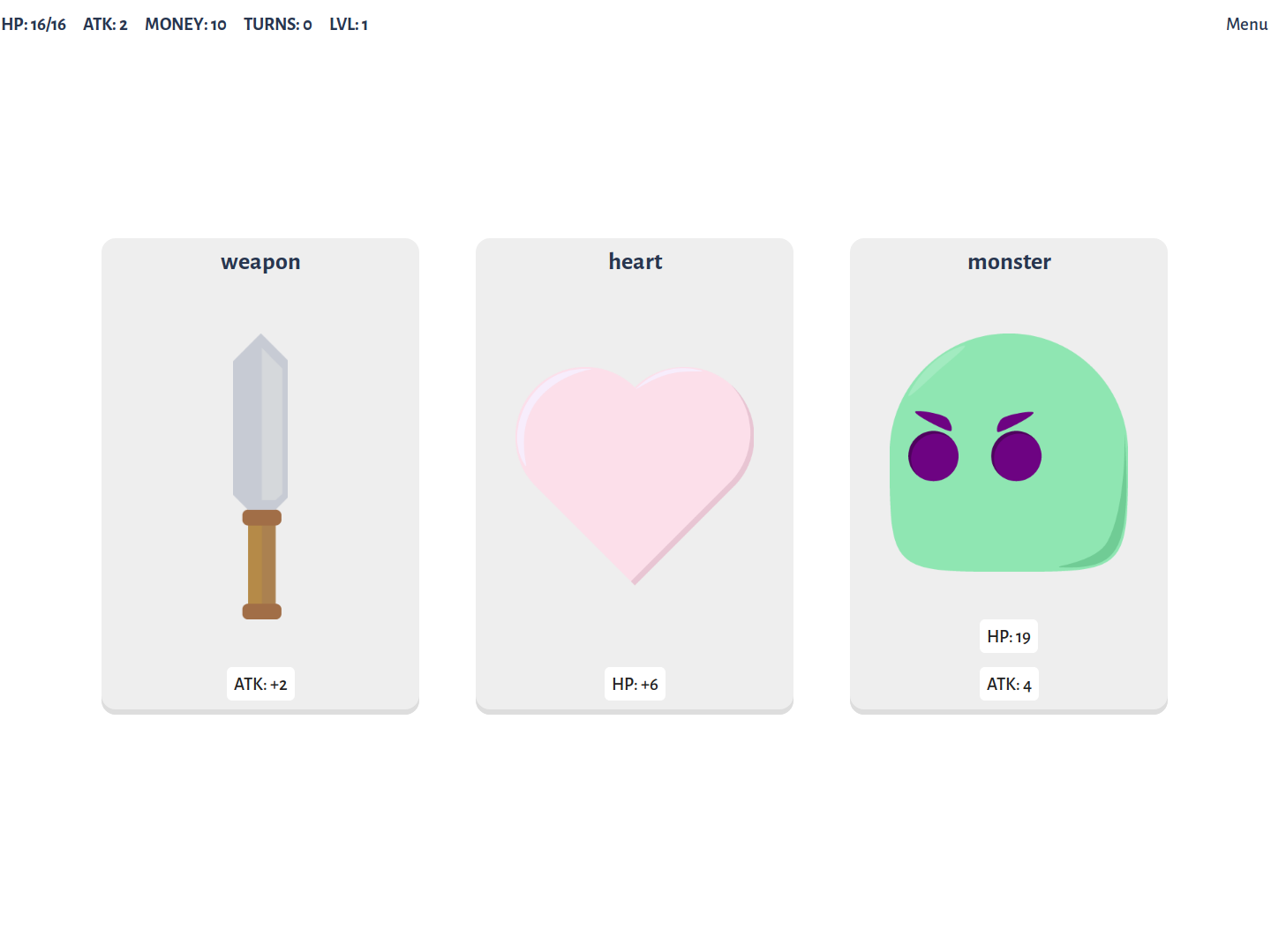 Card-based dungeon-crawling game made for the Games Made Quick jam. Featured on Warp Door, Jupiter Hadley, Team Know How, and others.

One of the suggestions of the game jam was to use something you haven’t used before, so I decided to make a framework-less, canvas-less, javascript game that only uses normal html elements. While the “game” aspect of the game is pretty broken — someone even wrote a script to win the game without playing — I’m pretty satisfied with it as a project and I’d love to revisit it at some point to rework the mechanics.